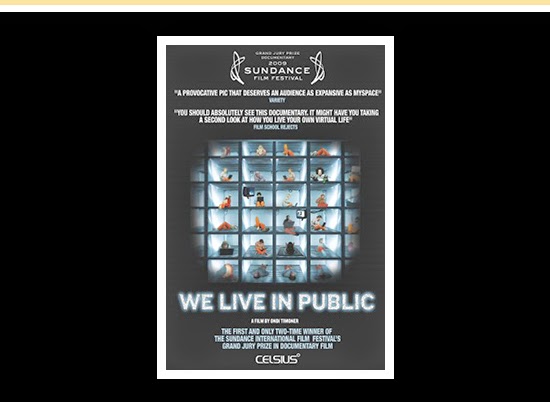 A good part of my time in the Satelliet Groep studio in Den Haag recently was spent researching a new project called Parliament, the title taken from the collective noun for a group of owls. Whilst there is a slightly humorous slant involved, the work aims to question the role of surveillance, privacy, ego and photography in an installation utilising audience performance and webcasts. To kick things off I took part in Guest Who #2 a month or so ago giving a very quick ten minute intro into the ideas, references and likely outcome of the project. The image above is the poster for We Live In Public, an intriguing documentary that has provided a source of inspiration for Parliament. Recommended viewing. Thanks to everyone who responded to the questions I gave out, I was quite interested to note a general indifference to the idea of privacy. If you have a few moments to spare, I'd be interesting to hear your thoughts:

What books or films can you recommend on the theme?

Do you think our democratically elected governments work? How could they be improved?

Any other thoughts or comments?
Labels: Den Haag, Netherlands, Pinboard Posted by David Wills at 10:12